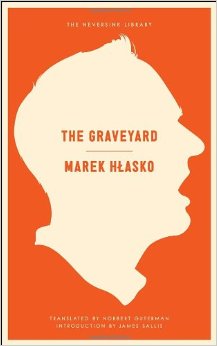 There are some political ideologies that are so twisted and wrapped up in skeins of illusion that the very concept of “fact” is called into question or even ceases to exist in the minds of adherents. Even when those of us on the outside peel back the layers of lies in search of that inner truth, we are often left with an emptiness surrounded by the cast-off rinds of fabrication. Oxford Dictionaries has chosen “post-truth” as the Word of the Year, signaling a new shift toward that type of ideological self-blindness throughout the Western world. Perhaps we should call this shift “post-fact,” since “truth” still exists, but only relative to how one accepts or willfully rejects facts.

We see it in stark relief in the United States with the election of Donald Trump, whose words are so empty that fact and fiction become inconsequential to his followers — as long as the words are spoken by Trump, then those words are Truth, because Trump only speaks Truth. All else is a Lie. And so the tautology of totalitarianism begins its long, twisted warping of reality, spinning delusions so chaotically as to make the concept of “fact” disappear altogether in the haze. “Truth” still exists, but it is the Truth of Trump. Only the facts have become meaningless. (Social workers in the last couple decades have termed a similar manipulative warping of perception “gaslighting.”)

Rebellious Polish writer Marek Hlasko would understand this phenomenon explicitly. His novel The Graveyard, written in 1958 and recently published after long being suppressed, is a sharp critique of the Communist ideology in Poland that rigidly defined the lives of its acolytes to the point where the illusion masking their reality ran so deep that the Party’s truth became the only truth they knew. The protagonist, a working man and loyal party member named Franciszek Kowalski, is dragged into custody one night for speaking a vulgarity to a policeman — a minor offense that is spun by the arresting officers as an insult against the Party — that sets in motion the unravelling of everything he understands to be the Truth about the party and its followers. 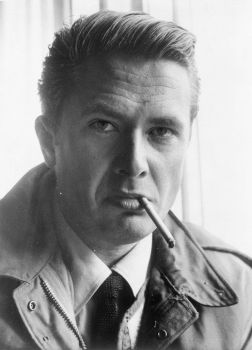 As he is forced to confront the circular logic and injustice of the police officers, party leaders, and fellow workers who condemn him based only on what they “know” to be true, Kowalski soon comes to understand that tyranny and oppression have replaced political ideals and unity, and that service and social cohesion have transformed into a pattern of conformity, surveillance, and denouncement. When this happens, he realizes, all men are living in the graveyard of ideology, but they just don’t realize it. Kowalski only recognizes this after it’s too late. His mind has been so warped by the Party’s narrative that he even begins to question his own memory and believe the trumped-up charges (pardon the pun). Ironically, this event removes his ideological blinders, so that by the end of the novel he genuinely insults the Party in front of the same officer as his first open act of defiance against the Party he now rejects.

If I go on living, it means that I accept all this, and I have no right to squawk. A man can live through any hell, survive any tyranny, get out of any swamp and any oppression, if he has at least a crumb of certainty, or at least hope, that there is somewhere another man who walks and breathes like him; who suffers, seeks, or fights like him, preserving his purity. Among us, none can have this hope. Here, among us, the heart of the world has died. Here the great myth of the poor gave up the ghost. Not somewhere else, but here; in this place, toward which the eyes of all unfortunate and oppressed are turned. Here died the world’s faith. All the words. All the ideas. All the dreams of man’s emancipation. You are right: this is a graveyard. This is the worst. Where can we find strength?

Not surprisingly, the novel was refused publication by the Communist regime in Poland. In the 21st century, Hlasko’s novel stands as a warning for anyone who might cast aside critical thinking and willingly (if unwittingly) accept the status quo. We must resist the gaslighting of reality and the obfuscation of fact that dangerous political rhetoric generates. Through the character of Kowalski, Hlasko suggests that the ones most capable of resistance are the outcasts, the misfits, and the marginalized. And even then, their only choice is to break away from the dominant ideology and go into exile — a traumatic experience that will not be easy or without pain (physical, mental, and emotional).

There is no happy ending in the graveyard (or in The Graveyard). There is only the epiphany of self-knowledge and a sharper understanding of the Repressive and Ideological State Apparatuses whose coercive power we might resist, but can never escape.

“There is dust alive
with dreams of The Republic,
with dreams of the Family of Man
flung wide on a shrinking globe”
— Carl Sandburg, “The Long Shadow of Lincoln: A Litany,” 1944